We use cookies on our website. They help us get to know you a little and how you use our website. This helps us provide a more valuable and tailored experience for you and others.

You can revoke cookies at anytime at the bottom of the page.

Head-hunted by Michel Culot, Alexandre Velleuer arrived at VO in 2003 as an intern ̶ although his few weeks of work experience went on a little longer than planned.

Initially working as Account Executive, then Project Developer and Project Leader and finally Client Services Director, Alexandre earned his stripes in the world of event communication thanks to his passion for “live” experiences, his determination in the face of any challenge, and his capacity to listen to both partners and clients.

His has demonstrated a remarkable ability to develop and coordinate long-term collaborations (Levi’s, Dockers, IBA, Engie Electrabel, BNP Paribas Fortis) that have enabled the agency to continue its growth and international development.

Alexandre is taking over from Patrick Parmentier who, during his 10 years experience at VO, has presided over successes such as Delhaize’s 140th anniversary, the Waterloo bicentenary in 2015, and the Docks Bruxsel project.  As CEO Patrick Parmentier will be responsible for the VO Group’s future, supporting Michel Culot, CEO and founding member of the communication and leisure group which includes VO Communication, Voice Agency, VO Europe and Drohme. The group’s international expansion, its projects, and the development of intra-group synergies will be key focuses during this new chapter.

A breath of fresh air, creativity and purpose

The handover between Patrick Parmentier and Alexandre Velleuer officially took place on 1 March.  It marks a new start yet, according to Alexandre, will be a smooth transition. “VO is in the middle of a growth cycle. In terms of commercial development, the agency is doing well and expanding abroad, having organised around 15 international events.”

Patrick Parmentier, CEO of VO Group, agrees. “Our 10% growth in turnover in 2016 is linked to the development of the agency’s human resources. In 2016, the number of staff at the agency grew by 24% ̶ 6 new members, the majority of whom are young people (80% younger than 30). "

Michel Culot, CEO and founder of VO Group, is proud of this approach. “At VO, people have always been key. We aim to respect our clients, our audience and our colleagues. We strongly believe that Alexandre, with his young recent arrivals, will recreate what Patrick Parmentier and I have been doing for years now: trusting in them, challenging them, and above all allowing them to bring their creativity and world vision to the agency to give shape to our work as an events creator. "

For several years, VO has embarked on a People-Profit-Planet approach that is incorporated into every internal and external VO project. The agency also obtained its second “Eco-Dynamic Company” certificate in 2016. As part of this approach, sustainable development and new technologies play a central role.

“VO’s heavy engagement is a powerful driving force behind creative events. Our added value currently revolves around our ability to offer creative events solutions that make sense and are sustainable,” says Alexandre Velleuer. 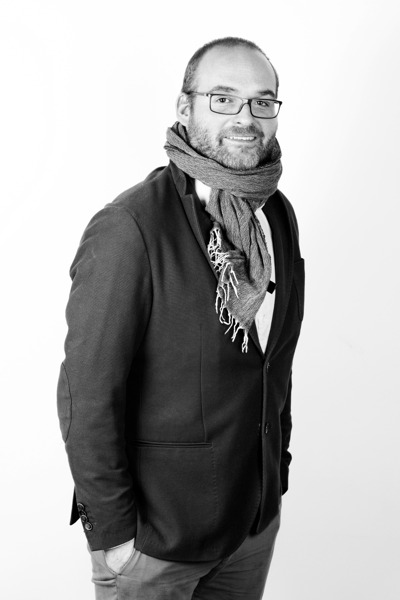